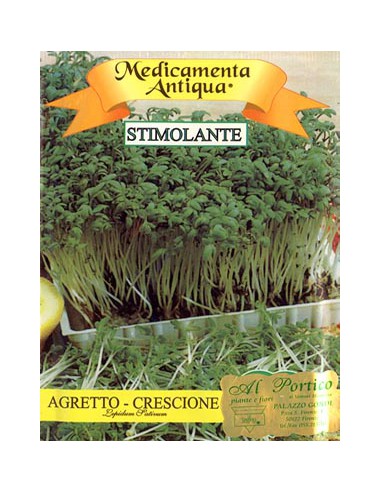 Originally from Iran, it has become, well-acclimatized in the Mediterranean, basin, where in the middle, ages it was considered Kingìs food. It is grown at a domestic level in houses hydroponically, or in a domestic kitchen garden where it grows rapidly. It can be used as fresh food for hours-dìoeuvres or in salads. It has depurative, antispasmodic, and stimulating features ( it excites nervous and vascular activity ) only if consumed fresh. An annual plant. SEEDING: the entire year, using 4 g. of seed per sq. m. To have had constant production, plant every 15 days

No reviews
Tap to zoom

Save products on your wishlist to buy them later or share with your friends.

No account? Create one here
Product added to wishlist